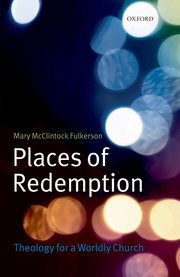 In July 1988, ten people, the remnant of a dying white congregation languishing in a racially transitional neighborhood near Durham, North Carolina, met for Bible study in the living room of their pastor, Dan Weaver. That evening, they were exploring the intriguing story in the biblical book of Acts of the encounter between the disciple Philip and a court official described as an “Ethiopian eunuch.” Before the evening was over, this narrative about the hospitality of the gospel and the surprising interaction between people of different cultures had caught fire in their imagina­tions and stimulated the tiny group to re-vision their church and its purpose.

Charged with the energy of that transformative event, the congregation eventually claimed a new name, Good Samaritan United Methodist Church, and a new mission, a deep desire to seek out “people who aren’t like us.” At first, this revised congregational identity found expression in the ways one would expect in a Carolina mill town, namely in attempts to break down the usual churchly barriers between whites and blacks, rich and poor. But an incident that happened some months later broadened their vision beyond race and class. On his regular morning drive to the church, Pastor Weaver saw a group playing football in a grassy field beside the road. When he looked more closely, Weaver realized that the players were all people with disabilities. Stopping to inquire, Weaver discovered that they were residents of a group home called New Hope, and he also learned that the leaders of New Hope had attempted to take the residents to several local churches, only to be made to feel unwelcome.

Weaver reported what he had seen and learned to the church council at Good Samaritan. After reflecting once more on the implications of the Ethiopian eunuch story, the council decided to actively welcome the residents of New Hope to their services of worship. The first Sunday afterwards, six people from New Hope came to worship. Soon the number swelled to over twenty, in­cluding Danny, who rocked back and forth in his seat; Lucy, whose unexpected and excited squeals could frequently be heard in the service; and Tim, a wheelchair-bound young man with a twisted body and slurred and guttural speech. The folks at Good Samaritan remained true to their welcom­ing new vision, and word of this unusual congregation quickly spread. Westside, another group home, began bringing their residents to worship. A single mother from Uganda started attending worship with her severely autistic daughter, relieved to find a congregation that was not unsettled by her daughter’s jerky movements and sudden vocal outbursts.

Wishing to enlarge their mission even more, Good Samaritan began to design bi-monthly Thursday evening services of worship especially for people with disabilities. Among those who were drawn to these services was a Mennonite couple, whose daughter, Daphne, was a child with Down syndrome. Daphne became a joyous worshipper in the Thursday services, singing all the hymns and songs in an enthusiastic and robust voice.

Impressed by the capacity of this church to cross usually unbreachable boundaries, Duke Divinity School theologian Mary McClintock Fulkerson set out to do a participant-observer eth­nographic exploration of Good Samaritan church, and the result of her investigation is this savvy and provocative volume: Places of Redemption: Theology for a Worldly Church. At one level, this is a well done, but fairly standard, work of ethnographic practical theology. Fulkerson focuses her attention, as has become fashionable, on practices – that is, the cluster of cooperative, somewhat ritualized, on-the-ground activities that comprise and embody the life of the Good Samaritan con­gregation – and she wanders through the corridors of the Good Samaritan community, notebook figuratively in hand, dutifully scribbling observations. She identifies several sets of basic practices at the church, and she organizes the helpful and richly descriptive chapters of the central section of the book around them: formation practices (e.g., protocols for reimaging mission), worship practices (e.g., Sunday services), homemaking practices (e.g., money-raising events and congre­gational meals), and interpretive practices (e.g., Bible study).

So far, so good. But ethnography alone has never been a very satisfying way to do practical theology, and what is most interesting and valuable about this book is not where the ethnographic approach worked, but rather where it didn’t. The fulsome realities of Good Samaritan congrega­tion keep slipping through Fulkerson’s participant-observer tweezers and bending her method­ological categories. To her credit, she recognized this almost from the first moment she walked through the front door of Good Samaritan, and she therefore pushes herself, and consequently her readers, toward a new form of practical theological analysis.

Take the definition of practice, for example. Fulkerson approached Good Samaritan with Alas­daire MacIntyre’s formative work on practices in her mental briefcase. According to MacIntyre, what makes the fleeting and fragmentary actions of the present meaningful is their relationship to particular ends. “My act,” explains Fulkerson, “makes sense in the larger story of my life, which is embedded in many larger stories” (p. 38). MacIntyre’s implicitly narrative and teleological view prompts his famous definition of a practice as “any coherent and complex form of cooperative human activity” which realizes “the goods internal to that form of activity.” The results of good practices, therefore, are that humans are more deeply empowered to achieve excellence in the practices themselves, and become more profoundly aware of the goods and ends toward which the practices are aimed. In short, as Fulkerson states, “[n]ot just anything can count as a practice; what raises an activity to the status of a practice is its intelligibility in the terms of a communal narrative tradition” and the “participatory development of a good” (p. 39).

But there, right at the heart of Good Samaritan’s life, is Daphne, the Down syndrome child of the Mennonite couple, and Daphne’s very presence confounds aspects of MacIntyre. “Daphne,” reports Fulkerson, “cannot tell stories, nor is her behavior likely to qualify for a ‘coherent and complex form of socially established cooperative activity'” (p. 40). Daphne is unable to articulate the “ends” of Good Samaritan’s practices, and indeed, Fulkerson found few among the congrega­tion who could do so. At the beginning of her study, Fulkerson sought to find out what the mem­bers of Good Samaritan church believed and how their theology led them to their unusual mission. “The yield, however, was pretty slim,” she says (p. 10). She hoped that the flock would be able to recite sound theology and use the language of social justice, but instead they spouted “aphorisms and trite sayings” (p. 10). Whatever meaning was developing in the practices at Good Samaritan, it was embedded more deeply in the grain than a largely cognitive analysis could discern.

In order to plumb these deeper levels of Good Samaritan’s communal life, Fulkerson em­ployed what she calls “postmodern place theory,” an intense focus on the lived, corporate, em­bodied situations that constitute human community located in a concrete context. Place theory allowed her to acknowledge that the life of this congregation actually originates in a hodgepodge of somewhat inchoate activity. Yet the community constitutes nonetheless a place of welcome, a place where human bodies matter. These discoveries led her, in the closing chapters, to reflect on the relationship between Good Samaritan and some traditional theological loci such as “sin” and “incarnation.” While these reflections are quite promising, they seem mostly unfinished. But the very incompleteness of this book as an act of practical theology is perhaps in keeping with the fragmentary state of theology at Good Samaritan church itself. As Fulkerson says, “Good Samari­tan’s practices appear irregular, but for the reasons most everyday theology is irregular” (p. 233).

This book tests the boundaries of practical theological method, but it also presses the limits of academic literary genres. How should practical theologians write? What literary styles and forms are fitting to describe a theology that is embodied in real and complex human situations? For the most part, Fulkerson nestles into the stilted prose of the usual academic monograph with its tight definitions, methodological flag waving, heavy footnotes, and semantic pretzels (for example, Fulkerson’s surprised sense of discomfort, felt during her initial experience of worship at Good Samaritan, prompts this jawbreaker: “My feeling of strangeness in response to the unaccustomed ‘blackness’ of the place and the presence of people with disabilities at that first visit suggests that my conscious commitments to inclusiveness were not completely correlated with a habituated sense of the normal.”).

But Fulkerson seems to be pushing the boundaries of genre throughout the book, seeking another, more expressive, voice and form. She senses that Good Samaritan is not merely a wonderful church with an embracing mission, but that it is “wounded,” a community “characterized by harm that demands redress” (p. 17). In other words, she detects villainy in the air as well as nobility, evil as well as good. She knows that she cannot do full theological justice to Good Samaritan un­less she is willing to “write about its people, about its habits and idiosyncrasies, its mistakes and its blindness, as well as its moments of honesty and grace” (p. 6). In short, Fulkerson appears to be searching for a literary form that is less like an ethnographic report and more like a novel. Perhaps one of the best ways to read this book is as a set of notes for an unfinished novel, one that will evoke place and allow ambiguities and fragments to stand even as they press toward a larger whole. Yes, Daphne, as this book points out, cannot tell stories, but Fulkerson can, and one gets the feeling that this fine study of Good Samaritan church will come to fullest flower only when she finds the right genre to do so.