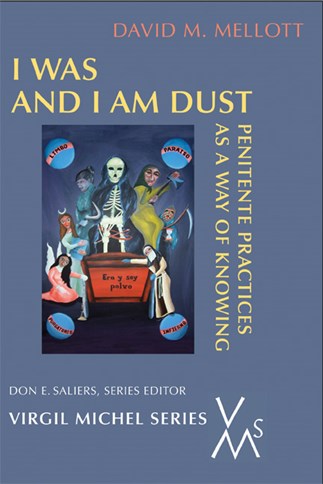 Download PDF: RV Mahn, I Was and I am Dust

When undergraduate students exploring a religion major come to my office, I find myself pointing toward Dr. K’s office next door. “My classes are theological,” I explain, “we mainly read books and talk about ideas. But Dr. K is an ethnographer of religion. In her courses, you’ll get to explore religion ‘on the ground’—as it is lived out on a daily basis by Pentecostal farming communities or disenfranchised baby boomers or snake handlers.” I sometimes find myself debasing my traditional way of studying Christianity (“read Confessions Book II by Monday and come ready to discuss the nature of evil”), while making ethnography sound as sexy as possible. Partly this is because my classes still serve as something of the default mode for church kids cum students of religion. I have tried to help dethrone theology as the queen of our liberal arts religion department. What I haven’t tried to do is to break down the barrier—represented by the wall between our offices—that separates theological studies from ethnographic research.

David Mellott has. I Was and I Am Dust argues, astutely and subtly, that theology would benefit from incorporating ethnographic study into its own enterprise—or more exactly, by ceding some of its propensity for making propositional truth claims to the humbling task of hearing what liturgical practices mean and do for those who exercise them. Although Mellott writes of two primary conversations in his book (18), I count four narrative strands, the first three of which are: (1) an historical summary and contemporary ethnography (from 1999 to 2003) of the Penitente Brotherhood in Arroyo Seco, New Mexico, famous for its esoteric practices of self-flagellation during Holy Week; (2) an examination of the spiritual life story of Larry Torres, a Penitente Brother since age nine who now speaks and writes regularly about lay Catholic practices in northern New Mexico, and (3) Mellott’s overarching contention that professional theologians should take Christian worshippers—the “primary theologians”—more seriously when reflecting on Christian belief and practice. (I will name the fourth narrative strand in a moment.)

Weaving these strands together is an accomplishment in itself. And yet, many readers will feel pulled in different directions. For example, Mellott’s crucial case for the indispensability of ethnography for/as theology, with which he begins and ends the book, runs underground for much of his analysis of the Penitentes. The bulk of the book does not so much argue for incorporating ethnography into theological reflections as provide an extended example of what such incorporation might look like. Additionally, Mellott seemingly moves from his broad description of Penitente history and practice to his focus on the spiritual life of one practitioner (Torres) by way of necessity; unable to obtain explicit permission to officially interview members of the Penitente Brotherhood about their private practices, Mellott refocuses his efforts on reading the impact of those practices in the life of one prominent member. (The practices have become secretive largely as the result of ongoing tensions between the official practices of Roman Catholicism and this unsanctioned lay movement, which Mellott recounts in Chapter 1.)

Such textual tensions might jar some readers. Most monographs cover them over, purporting that the book published was the book intended. On closer inspection, however, the apparent unevenness of I Was and I Am Dust indicates not a poorly conceived book but one that calls into question our assumptions about standard methods and structures—especially as they pertain to theology. One of the book’s many gifts is its exhibition of a messier kind of theology—one where method and subject matter only gradually emerge, and noticeably entangle, as Mellott carves his way through his research and writing.

The subtitle of the book—”Penitente Practices as a Way of Knowing”—becomes the primary theme of Mellott’s extended interviews with Torres, as recorded and analyzed in Chapter 3. Here we glimpse an easily missed reason for the secrecy of the Brotherhood; the practices define not only the lay tradition (sometimes against official Catholicism) but also the very identities—as poised between life and death—of those who participate in them. I quote Mellott’s summary of one pivotal conversation with Torres, who is recounting his penance during the Las Tinieblas (Tenebrae) service that concludes the Good Friday practices:

For [Torres], the primary experience of Tinieblas is internal. Lying bare-chested on the Moranda floor, feeling one’s teeth pressed against the dirt floor, praying for others, and being whipped are the exterior details of the practice. On the interior, however, something happens to the self. He recognizes that he is also dust; he identifies his connection with those who are dead. For him, the experience is of a “living death.” This “place” that is experienced is not about suffering, purging, or purgatory. For Larry it is about coming to terms with reality, with self. Here… everyone is the same: dust, bones, dirt. From this experience, Larry encounters “resurrection,” and “starting life all over again.” (79)

Whereas the book sets off to understand Penitente practices, what it comes to know is a different way of knowing, especially of knowing oneself as both vulnerable and salvageable. Such knowledge, Mellott and Torres agree, is not a piece of information or distinctive method that could be taught in theology classrooms. It consists of a set of reflective practices that can only be conveyed by participating in them, or at least by experiencing first hand—through deep ethnographic “research”—individuals who know this knowing intimately.

Such “research” will be no less vulnerable than the persons and issues it investigates. We here encounter the fourth narrative strand of the book, which is as compelling and invaluable as it is unexpected. After Mellott describes the more exoteric, public practices of Holy Week (chapter 2), and while turning to Torres’s life story (chapter 3), he recounts a pivotal change in his own path of research. Mellott admits that, initially, he tried to pose the same kind of questions to Torres that he would take to a book; he expected him to reveal and explain information about the Brotherhood. Mellott comes to realize that this person is a different sort of text—one that can’t be read without Mellott becoming transparent and vulnerable himself. Mellott proceeds to share some of his own life story with Torres and the reader, which also involves struggles with the institutional Church. He concedes that “without my own commitment to transparency, the research wouldn’t be able to continue” (73). And so, the fourth story in I Was and I Am Dust is Mellott’s own. In particular, it is a story about the courage that Mellott musters (my interpretation, not his) in relinquishing unilateral control of his research—his willingness to come to know only by being known.

In the final analysis, the success of this book does not stand on the results of its research but by performing a new way of thinking and writing, ethnographically and theologically. Of course, all ethnographers negotiate the status of their knowledge from inside (“emic”) and outside (“etic”) perspectives. And any good theologian will take seriously the central paradoxes around which the gospels pivot: whoever loses their life will save it; the only path to new life is through death—with all its dust, bones, and dirt. I Was and I Am Dust is not novel in these senses. But I know of no piece of writing where both these negotiations and themes combine so inextricably or are pursued so candidly and carefully. Mellott’s book helps break apart the borders between ethnography and theology, between lay practices and the institutional Church, and—especially—between knowing and being known. I commend it to all those courageous enough to face the vulnerability of their own ways of knowing.

By Jason Mahn
Jason Mahn is an Associate Professor in Religion at Augustana College.

Cite this article as: Jason Mahn. "I Was and I am Dust: Penitente Practices as a Way of Knowing." Practical Matters Journal (March 1, 2010). http://practicalmattersjournal.org/?p=1232.