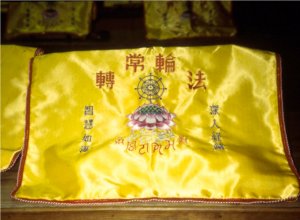 I take my title from a classic essay by T. J. Hinrichs who, over a decade ago, mapped critical developments in her own field, the history of Chinese medicine.[1] Hinrichs flags, for example, a movement away from an almost exclusive reliance on documentary research to the integration of perspectives and methods from other fields, including a sensibility that privileges “contradictions, ambiguities, resistance, and the marginal spaces of life over system, coherence, and elite versions of culture.”[2] Indeed, such an approach is necessary because there are as many ways to interpret and study religion and healing as there are approaches to religious studies.

In one sense, this assertion should come as little surprise. After all, the one can reasonably be considered a subset of the other and therefore open to interpretation through the full spectrum of its disciplinary methods. Second, there is a natural point of intersection between many, if not most, religious and therapeutic traditions insofar as each addresses, interprets, and constructs responses to the experiences of suffering and affliction.[3] Third, the study of religion and healing permeates the larger discipline. However, because an explicitly defined subfield has been long in the making, it is rare that scholars have the opportunity to get a handle on the full range of fine work that has been accomplished.

I am reminded of a visit I made years ago to the Gold Mountain Buddhist Monastery in San Francisco, California. The meditation hall housed long, low tables with meditation benches. Before each place, a sutra book rested on the table, covered with bright yellow embroidered satin.

After asking permission to lift the fabric, I discovered that the cover of the sutra book read “Medicine Master Buddha Repentance.”

This example has struck me many times as a classic illustration of how matters of healing often lie just beneath the surface of the religious. Lift the cover and there they are. In the following essay, I shall review new geographies of scholarship representing a range of foci and strategies under the rubric of religion and healing. My examples are in no way comprehensive but, rather, suggestive. As I shall show, in addition to the map not being the territory, the territory-such as it is-sometimes seems to call as much for charts to navigate shifting waters as it does for the tools of the surveyor.

I begin by reviewing the development of two disciplines in which the study of religion and healing has occurred in significant measure, although along distinct trajectories. Later, I shall examine contributions from several other fields into which, more recently, the topic has migrated. The disciplines in question are Religious Studies and Medical Anthropology, both of which came into being as disciplines in their own right at roughly the same time during the 1960s. The disciplines I shall subsequently review include Psychology, Public Health, and Biomedicine.

This is not to say that either Religious Studies or Medical Anthropology actually began during the 1960s. Indeed, considerable prior attention had gone to religious traditions around the world. With European explorations and expansions, beginning in at least the fourteenth century, merchants, diplomats, monastics and priests, and others sent home their observations of other religious worlds. Some of their reports provided exhaustive detail, often accurate but marred by detrimental comparisons with Christianity. For this reason, Hannah Adams’s (1755-1831) Alphabetical Compendium of the Various Sects (1784), followed by her A View of Religion (1791), represented a departure, insofar as both were more evenhanded.[4]

Over the following century, the translation of texts and efforts to compare the history, “original” forms, and traditions of other traditions in light of Biblical perspectives persisted. Scholars like Max M