Download PDF: RV Sigmon, Scandal of Having Something to Say

Is postliberal preaching a possibility? That is the question driving Lance Pape’s trimmed and published dissertation project, The Scandal of Having Something to Say. According to Pape, the lineage of the postliberal homiletic established by Charles Campbell in 1997 is more convincing in theory than in practice. In this project, Pape brings Paul Ricoeur into the postliberal conversation in order to bridge this gap between theory and practice.

Postliberalism as a theory is generally skeptical of points of contact between the biblical text and the modern world. Thus, postliberal preaching seeks to preach “people into the biblical story” and out of narratives and language of this world.[1]  Pape, a homiletician with a hermeneutical emphasis in his work, then asks along with many skeptics of postliberal preaching whether and how this theory can be a possibility, seeing as preachers can only translate the special language of the Bible through contact with our words and/or world every Sunday.

Pape concisely and thoroughly reveals problems in the postliberal lineage that complicate the practice of preaching. Pape begins with Karl Barth’s theology of preaching, which even Barth had difficulty adhering to in practice. Then Pape summarizes the postliberal theology of Hans Frei in order to set up the core of his book: a critique of Campbell’s adaptation of Frei for homiletics in Campbell’s Preaching Jesus.

Pape argues that Campbell’s proposal was for a “new direction” in homiletics away from the turn to a “New Homiletic.” Though there are many branches of the New Homiletic initiated by Fred B. Craddock, Campbell is mainly concerned with the narrative/story turn (see Eugene Lowry, Edmund Steimle, Morris Niedenthal, Charles Rice, etc). Counter to postliberlism’s starting point of the Bible, Craddock’s New Homiletic starts with the life experiences and narratives of humanity, and correlates the gospel to that narrative in order to heal, affirm, or challenge it. Campbell observes how sermon form followed suit, at times legalistically bound to the linguistic rules of narrative and story. Campbell argues that eventually narrative and plot became the most important aspect of sermon design rather then biblical hermeneutics and theology. Thus for Campbell, preaching needs to turn away from an inward human focus on charming small town stories and back towards the reconfiguring scandalous identity of Jesus Christ. But how do preachers use their words to reconfigure human experience to the scandal in practice? Pape is not satisfied with Campbell’s attempts at answering this pressing question.

According to Pape, there are two key problems with Campbell’s proposal. First, it overcorrects the turn to plot and narrative and so refuses to acknowledge how Jesus’s unique identity is woven into and emerges from the narrative of the Bible. Second, it is unworkable for preachers in real life because poetic linguistic guidelines are needed to bring that scandalous identity of Christ into the sermon where it mingles with the particular plot of those who are in the pews.

Part of Pape’s solution is to diverge from Campbell in his use of Frei. Campbell engages late Frei and his cultural-linguistic turn to fund his adaptation of postliberal theology to homiletics. For Pape, Frei’s early focus on the form of biblical narrative as the key the to interpretation of scripture—found in The Identity of Jesus Christ and The Eclipse of Biblical Narrative— is a stronger foundation to fund Campbell’s postliberal homiletic for the practice of preaching. Preaching the identity of Jesus without attention to the narrative plot of scripture or to audience is not necessarily transformative, according to Pape. In other words, Campbell’s sharp turn away from the contextual agenda of the preacher and her people is not necessary to postliberal preaching. It is, in fact, a stumbling block to the preacher, who is the hermeneutical bridge in the encounter between the sacred text and the actual context of the church (116).

Preaching the cross of Christ can reconfigure reality in every time and place but the skilled preacher needs to know how to linguistically accomplish this. Thus, Pape adapts the threefold mimesis of Ricoeur’s narrative theology to address the three problems he highlights in Campbell’s appropriation of Frei for homiletics. Ricoeur as a conversation partner creatively opens up the world of the preacher and the people as hermeneutic conversation partners in the sermon process.

This book is intended for preachers who take conversations in homiletic theory seriously. It does not offer an easily accessible and applicable method to sermon design from start to finish, though one based on Ricoeur emerges in chapter five. Pape’s concise Ricoeurian preaching method is summed up in three moves: a move from “debt to the actual” (our temporal narrative self-understanding), a move from “debt to the real” (the Word to the church in the biblical text), and a move from “debt to the possible” for the preacher’s context (a reconfiguration of our narratives by the narrative truth of the text) (124ff).

Will this book convert skeptics of postliberal preaching? It did not convert me and this is not Pape’s aim anyway. Will this book open up poetic possibilities for adherents to postliberal preaching in a postmodern age? Yes, particularly for those who are faithful to the Barth-Frei-Campbell heritage. It is a thoughtful and cogent reappraisal of this lineage. Pape convincingly engages Ricoeur’s threefold mimesis to rightly wed character (of Jesus) and plot (of scripture and temporality) into a dynamic relationship for congregations today. Thus, the scandal of preaching according to Pape is that the biblical Jesus can today still be plotted in the particular lives of the particular people through intentional sermonic language, so that their identities may be reformed to the scandalous cruciform identity of Jesus Christ.

Redeeming Anthropology: A Theological Critique of a Modern Science 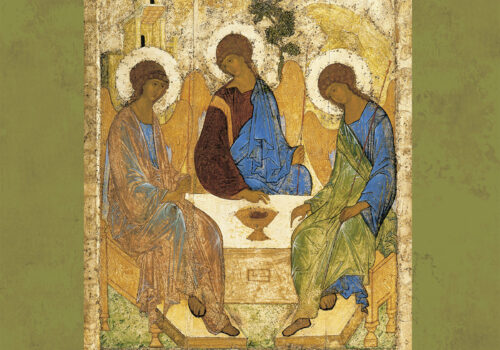 Youth Ministry and Theological Shorthand: Living Amongst the Fragments of a Coherent Theology