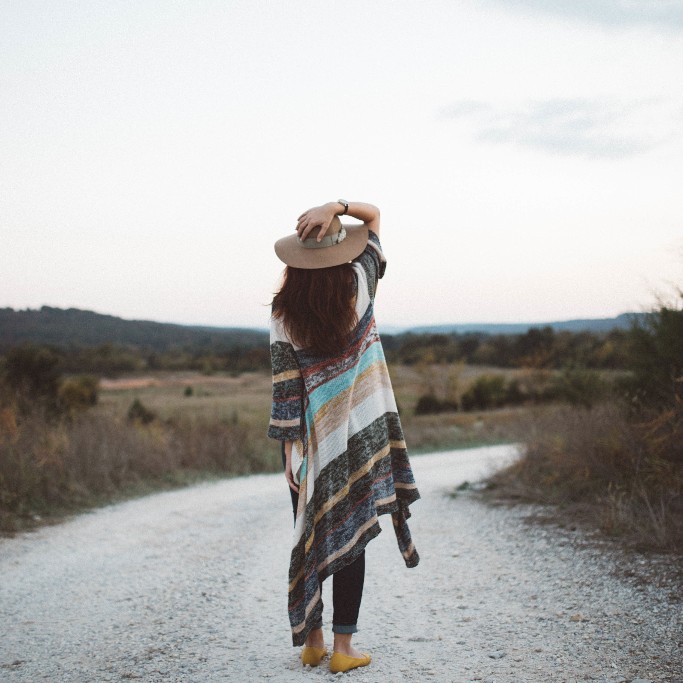 In 1978, Victor and Edith Turner published their groundbreaking work Image and Pilgrimage in Christian Culture. Grounded in Victor Turner’s theories of symbolic anthropology, this text offered one of the first comprehensive theories of Christian pilgrim practice. The Turners’ work launched the subfield of Pilgrimage Studies. Coining the phrase, “the center out there” to describe the sacred locale that ordered the pilgrim’s journey, the Turners’ opened the door to conversations among anthropologists and sociologists about the intersection of sacred spaces and sacred journeys. In the host of monographs and articles that have followed this work, scholars have both lauded and criticized the Turners’ theories and conclusions. But nearly forty years later, their work continues to shape and direct regular inquires into practices of place and pilgrimage around the world.

What is less often observed, but equally remarkable, is the way this work of anthropology is embedded in the personal religious commitments and experiences of Victor and Edith Turner. Their now well-known fieldwork among the Ndembu people of West Africa sparked not only new anthropological theories but a sense of the sacred in the anthropologists themselves. Struggling to settle back into their western home, the Turners searched for a way to continue their fieldwork on lived religion and took to attending various local religious communities. Eventually, they fell in love with the symbolic world they encountered in a local Catholic church—both in the space and in the liturgy.

Following their formal conversion to Catholicism in 1958, it was Edith Turner who suggested they take up the pilgrim’s way, visiting first the Basilica at Tepeyac in Mexico and then the Irish shrine at Knock. Their search for examples of popular and material expressions of religion in their western world coincided with their own ongoing religious conversion, making the Turners both observers and practitioners, students and pilgrims. Interspersed among their careful and thorough anthropological theory in Image and Pilgrimage, we find glimmers of theological interpretations of the experience:

Inside the Christian religious frame, pilgrimage may be said to represent the quintessence of voluntary liminality. In this, again, [pilgrims] follow the paradigm of the via crucis, in which Jesus Christ voluntarily submitted his will to the will of God and chose martyrdom rather than mastery over man, death for the other, not death of the other.[1]

For the Turners, pilgrimage as a liminoid phenomenon held both anthropological and theological implications. It established the relationship of this popular and material religious practice to more institutional forms of Christianity while at the same time suggesting a new theological interpretation of pilgrimage not primarily as penitential, but as an imitation of the voluntary nature of Christ. It is not only the seriousness with which the Turners’ treat pilgrim practices, but also their reverence, that has made this text a foundational work for both religious scholars and theologians. Image and Pilgrimage in Christian Culture stands as an early example of the intersection between practical theology and scholarship on religious practices, inspiring work in both fields. The influence of this monograph can be felt even here on the pages of Practical Matters Issue 9: Sacred Places, Sacred Journeys. In this issue, our contributors continue to broaden and expand this conversation begun by the Turners by raising new questions about the way sacred journeys and sacred sites situate themselves within contemporary cultures.

Hillary Kaell’s Notes on Pilgrimage and Pilgrimage Studies speaks to the state of the field of Pilgrimage Studies. Highlighting both the inherent benefits and risks of a disciplinary pursuit that has been marked from the beginning by a deep intersection between scholars and practitioners, Kaell suggests that the real potential of Pilgrimage Studies lies in its interdisciplinary contributions to fields both within and beyond Religious Studies. Kaell’s predictions bear out across the pages of this issue as scholars introduce scholarship on sacred spaces and sacred journeys into a variety of discussions on tourism, leisure, and travel.

Thomas Bremer, Daniel Olsen, and James Bielo all work to blur the boundaries between pilgrimage and tourism and between religion and economics. Bremer argues that distinctions between tourism and pilgrimage are often difficult to uphold in practice. By tracing the history of travel to Yellowstone National Park, he argues convincingly that that the meaningfulness or sacredness of a place is often constructed through both religion and commerce. Daniel Olsen resists dominant voices that tend to focus on the ways religion is repackaged or commodified for consumption and instead explores the way the Mormon Church has embraced tourism to its religious sites as part of their evangelical mission. By introducing readers to the “Christian leisure industry,” James Bielo also resists the narrative that pits commodification against religious purity. Bielo suggests that these bible-based attractions ought to be observed as hybrid places that integrate “religion and entertainment, piety and play, fun and faith, commerce and devotion, pleasure and education” and that such a shift in understanding requires a corresponding shift in methodology for those who would study such practices.

What happens when the constraints of our modern condition disrupt more traditional practices of space and journey? Kathryn Barush and Paul Numrich explore the ongoing construction of sacred space. Barush, an art historian, introduces readers to Phil’s Camino and the tradition of surrogate pilgrimage as she explores the intersection between built environments and pilgrim practice on a small island off the coast of Washington state. Constructed after illness prevented Phil Volker from walking the Way of St. James in Spain, Phil’s practice of walking has produced a new sacred space on the basis of an old. Paul Numrich explores practices of interfaith space-sharing. Noticing varying degrees of conflict in these arrangements, Numrich introduces the work of political economist Elinor Ostrom to offer an explanation for the varying success of these “common spaces.”

In recent years, these sacred routes and sacred places have been incorporated into educational curriculums. Perhaps the best well known in the U.S. is William and Mary’s Institute of Pilgrimage Studies, which facilitates study abroad opportunities for students in Santiago and along the Camino each year. Kathryn Barush and her colleague at Santa Clara, Fr. Hung Pham, SJ, present a beautiful photo essay about their use of pilgrimage as pedagogy for spiritual and ministerial formation in a graduate theological program. Incorporating a description of the lesser known Camino Ignaciano in northern Spain with student and faculty reflections of the journey, they suggest that pilgrimage allows students to do theology, rather than just read about it.

Huma Mohibullah and Christi Kramer explore the diversity of meanings and ideals that influence the decision by American-Muslim women to don the hijab. The presence of the hijab in the American public has received increasing attention in media and political commentary around the country. Mohibullah and Kramer argue provocatively against any monolithic interpretation of this practice and suggest instead that the decision to wear the hijab is informed by both religious sensibilities and everyday practical considerations.

Cory Labrecque, Rebecca Copeland, and Jonathan K. Crane respond to critiques that religious anthropocentrism lies at the roots of the modern ecological crisis. Labrecque mines the complex Catholic moral theological tradition to expose texts that would support this anthropocentric attitude as well as teachings that point to a more “integral corporeality.” Rebecca Copeland reads a traditionally anthropocentric Christian text (Matthew 6) through the lens of an epistemology informed by theories of biomimicry. Jonathan K. Crane contrasts the use of trees in the Jewish textual tradition with the anthropocentrism of Socrates. All three propose a shift in theological conceptions of the human-nature relationship that situates the human body within the natural world rather than distinct from it. All three of these pieces were originally presented at a conference on religion and ecology titled “The Sacred Mundane,” held at Emory University last September.

Questions about religious space and religious journeys are lasting ones. The re-emergence of pilgrimage and shrines in the western world works nostalgically to retrieve practices of the past while reinterpreting and resituating them in our contemporary context. Today more than ever, sacred spaces and sacred routes exist in and amidst both the landscapes of consumer economies and religious pluralism. While some communities aim to distinguish their pilgrimage from commercial tourism, others embrace tourism as a religious practice in and of itself. Visitors to the Christian shrine of Montserrat discover they are not the only community that finds this place holy. Worshipping communities find common ground in shared religious spaces. The reader will not find every religion represented here and doubtless each will be able to name a topic, issue, or question that has not been included in this issue. No editor can publish a collective work without enthusiasm for what it contains or regret for what it does not include. But our hope here at Practical Matters is that these pieces may be used to spark conversations in the classroom and to inspire further work in the field. We hope you will find in these pages the excitement with which our authors and editors approach their own work.

I conclude with words of thanks for the hard work of the staff of Practical Matters. My co-editor, Sara Williams, shepherded this issue in its infancy. Managing Editor Matthew Pierce has worked tirelessly to keep Practical Matters viable and relevant throughout the major transitions of the past year, which included both a redesign of our online platform and the decision to expand the journal’s content to include a wider range of essays on religious practices and practical theology in each issue. Kristyn Sessions served as Reviews Editor for this project, masterfully recruiting and coordinating six thoughtful book reviews. Our newest members of the Practical Matters staff, Lisa Hoelle and David Cho, worked tirelessly along with the rest of the staff to edit and produce each of the pieces you will find here. A final thanks is due to our faculty advisor, Ed Phillips, for his support and encouragement of this issue.

By Layla A. Karst
Layla A. Karst is a doctoral candidate at Emory University and Issue Editor for Practical Matters' Issue 9: Sacred Spaces, Sacred Journeys. 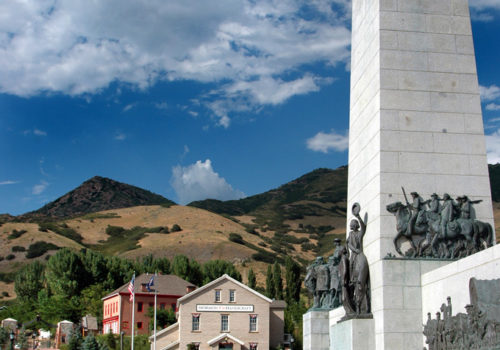 The Church of Jesus Christ of Latter-day Saints, Their “Three-Fold Mission,” and Practical and Pastoral Theology