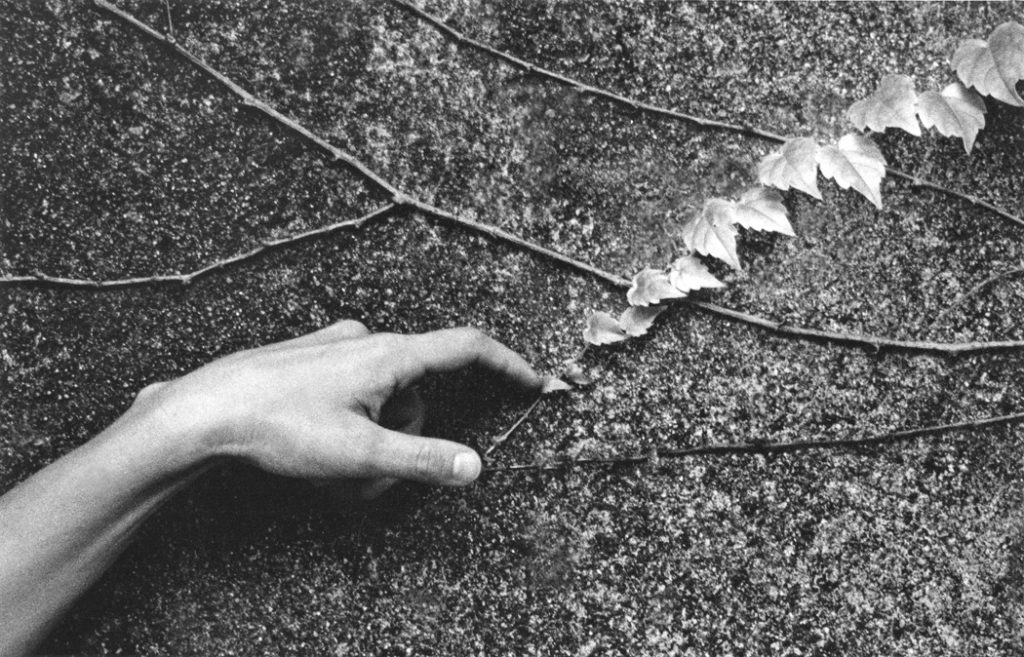 I was, for many years, a Hindu monk, and my tradition taught me to turn my eyes away from the pseudo-reality of the manifest world and seek disembodied transcendence and liberation. After leaving the ashram in 1987 (for a variety of reasons) and studying Comparative Religion at Harvard Divinity School (MTS, 1990), I took up photography-or, rather, photography took me up. Being spiritually-inclined by nature, I began to view the medium as, ultimately, a kind of spiritual path: a means to help me “see” more deeply, carefully, contemplatively-to follow the idea of seeing to its ultimate end of understanding, insight, enlightenment. The camera is limited to recording, in a literal sense, what is tangible, physical. Yet inasmuch as “spirit” inheres within “matter,” a good photographic “eye” can tease out of inert matter something more subtle and alive than meets ordinary vision. In theological terms, I might say that photographing gradually “cured” me of the strict spirit/matter dualism to which I’d adhered for seventeen years (ages 18-35) and transformed me into a rather enthusiastic immanentist (if not a downright animist!).

For me, “spiritual seeing” is a different thing altogether from religious knowing. The latter is a process that involves allowing one’s vision of and sense of reality to be shaped and ordered by a pre-existing worldview. That is, I define religious knowing as a conditioning of the eye and mind to see what (and how) one is “supposed” to see, according to divine edict and existing orthodoxy (however personally interpreted). This kind of knowing values scripturally-defined “revelation” over personal vision, supplanting the personal search for meaning with historically-based theological constructs.

By contrast, I would suggest two essential pre-conditions for seeing “spiritually.” First, a capacity for, or at least an intentional movement towards, what might be termed (in the spirit of Zen) “radical receptivity”: apprehending the perceived world from a disposition of bracing open-mindedness, free from fixed ideas about the nature of things. I would not describe this openness and receptivity as a passive, neutral state, but rather as a condition of excited curiosity, an unsheathing and sensitizing of the senses in order to take in as fully as possible the “ten thousand things” of this world, as the Taoists say. This phenomenological orientation requires, of course, a certain existential courage. Our general apprehension of things is constrained by a generic fear of the un­known, of that which is not-yet comprehended, defined, categorized and labeled. We instinctively fear chaos and mystery and therefore make of ourselves nervous order-makers. Such obsessive ordering and compartmentalizing-based on an essential discomfort with mystery, complexity, and nuance-pre-empts the kind of open seeing of which we are capable. I find inspiration in Keats’s oft-cited term, “Negative Capability”: that state of being “when man is capable of being in uncertainties, Mysteries, doubts, without any irritable reaching after fact and reason.” That “irritability” denotes the neurotic need to “know,” to possess all the facts, and thus to be shielded from chaos, immunized against ontological angst.

The other pre-condition to what we’re calling “spiritual” seeing involves a certain fundamen­tal, felt expectation that things are more interesting, more profound, more luminous than they appear on the surface. This is, simply, the capacity for wonder (flavored, perhaps, with a sensitivity toward the surreal and the uncanny). Such a state of heightened expectation is not merely another conceptual template to impose upon the perceived world. It does, however, indicate a distinctive psychological pre-disposition: a felt sense that our capacity to perceive and experience the outer world is tragically limited, and that if we could only open our eyes and soften our hearts, we’d see much more than meets our dull, mundane sensibility. This capacity for wonder, natural in young children, includes a lively sense that there is mystery and magic afoot in the world. This is not “magical thinking” as such, but active, playful imagination, a willingness to consider and entertain unlimited possibilities, allowing ourselves to imagine, perhaps, a vast network of energy lines extending from the things of this world to the realm of the ideal and the transcendent.

I can perhaps best illustrate my personal approach to seeing, within the context of my work in photography, by sharing the better part of my brief introduction to a published collection of one body of my work, photographs of found abstractions in the natural world:

Having intense visual curiosity, as well as a love of nature, I find myself enchanted by the designs and images that appear on the surfaces of stone, wood, and other organic materials. . . . One cannot help but feel there are supernal realities residing within the fugitive etchings found upon and within natural forms. With open eyes, receptive mind, and camera in hand, I behold the pure visual presentation of, say, the bark-flesh of a tree. Negating the word “tree” or “bark” from consciousness and attempting an unbiased, phenomenological apprehension of the material, I behold the (apparently) chance relationships of line, shape, form and texture-the visual delights of pure abstraction. The human mind being what it is-an instinctual organizer of the chaotic infinitude of the visual world-abstraction quickly transforms into figuration, and there appear clowns, monsters, wandering sages, birds aloft in cubist skies, comic or macabre human faces, body parts, hybrid ani­mals, dream tableaus, apocalyptic visions, primordial and extraterrestrial landscapes. There’s a pleasing paradox in these images being simultaneously literal and suggestive: unaltered close-up views of natural terrain as well as inducements to fantasy.

In a certain sense, the images in this book are of “found objects” (objet trouvé), appearing “as is” to the inquisitive, acquisitive eye. But these “objects” are not so easily “found.” The eyes must wander distances, patiently and over time, wide open and eager for a vision. Once the vision is found it must be meditated upon, examined for deeper visual structures and meanings. Finally it must be isolated visually and composed within the camera’s proscribed frame of view and committed to film. Later, it is re-viewed and reshaped in the darkroom, using the technology and alchemy of the darkroom to bring the image into high relief (via adjustments in framing, contrast, focus, “burning and dodging,” etc.). In the end, these images are not mere visual records of external objects-photographic documents-but independent visual realities, no longer “about” anything external to the images themselves, self-contained works of art and imagination (from Pictures from the Earth: Things Seen on the Surface of a Strange Planet, Heliograph Editions, 2007).

What follows is a number of images representing several bodies of work (e.g., portraiture, landscape, figure studies, still-life, etc.). I hope that at least some of these images, whose originals are silver-gelatin photographic prints, convey a sense of the spiritual vision I’ve attempted to ar­ticulate in theoretical terms. Ultimately, for me, it’s all about Beauty, a much-maligned concept in the post-modernist era, but nevertheless an elemental and irreducible expression of Spirit.

To see more of Steven J. Gelberg’s work, visit www.stevengelberg.com. His eight published volumes of photography are available from www.blurb.com/bookstore (search via name). He can be contacted at gelberg [at] earthlink [dot] net.

Featured image by the Author.  Used with permission. 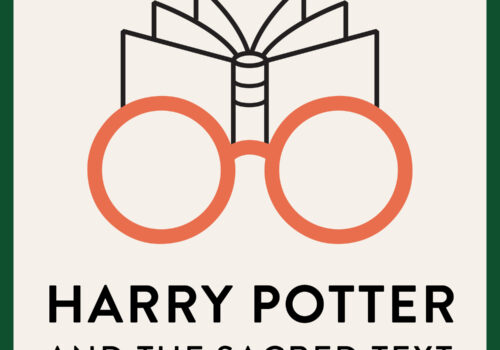 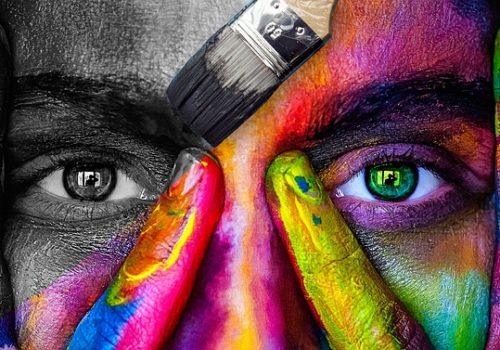 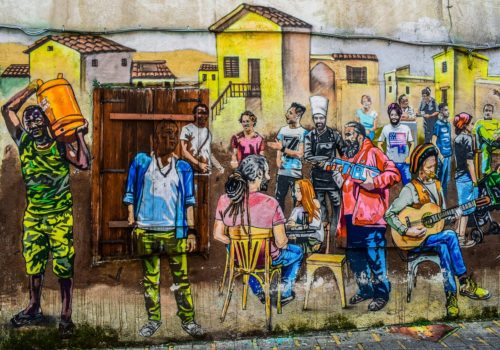 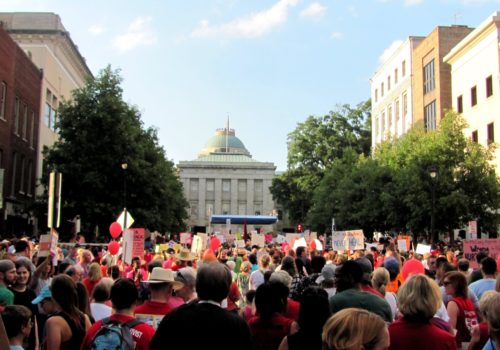