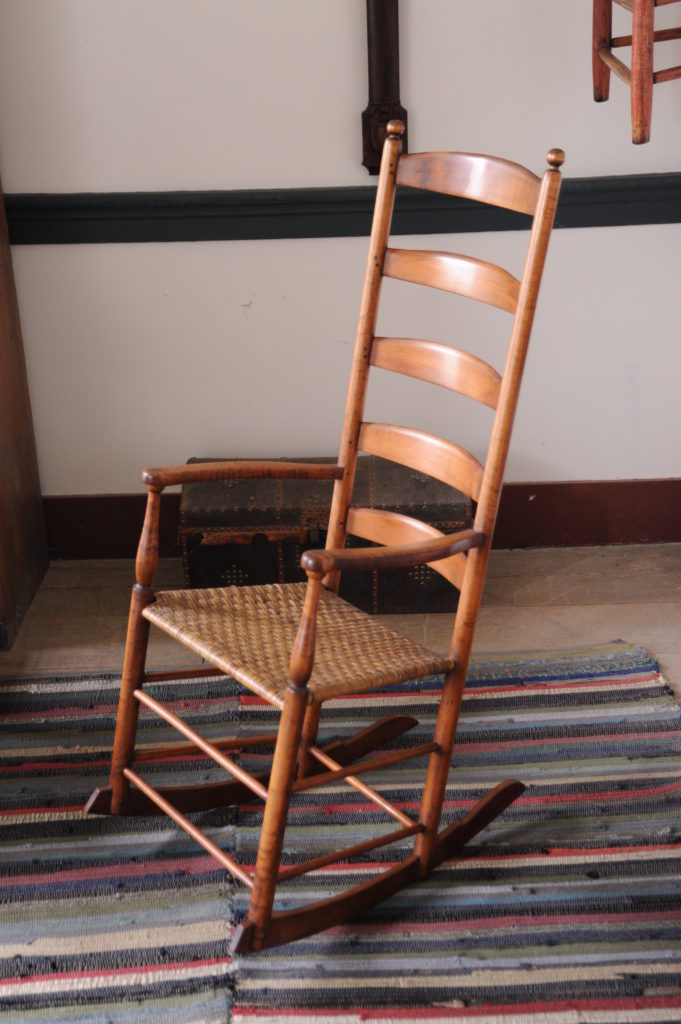 Many years ago I bought a Shaker rocking chair kit. I took a list of parts out of the box that helped me identify the materials I had to work with—wood to build the frame of the chair, fabric tape to weave the seat and back, hardware to fasten the fabric to the wood, and the stain to finish it. Though the list of parts explained the materials to me, neither that list nor the individual pieces that I laid out were the final product. In fact, until I assembled the wood and wove the fabric tape, I could not fully see that it was a rocking chair. I compare this experience to the work of biblical interpretation. Readers begin with an investigation of the parts of a text, by researching its form and function, grammar and vocabulary, and social and historical background. The display of this research, however, is not an interpretation; it is instead the necessary foundation for one, as the various parts of the rocking chair are the necessary components for the chair itself. Readers have not actually interpreted a text until they connect the parts of their research to illuminate the whole text in a meaningful way. The connection of parts, or synthesis of data, requires a creative act of the imagination.

Part of my task as a teacher of the Bible is to help students become imaginative readers of biblical texts. This does not mean teaching them to invent fanciful interpretations; rather, it means teaching students that their task is not as simple as applying exegetical procedures to a text in order to produce a data report. I designed a classroom exercise that uses first-person narrative as an oratory exercise to encourage students to engage their roles as imaginative readers of biblical texts.

Asking students to voice a text and its characters both rouses their imaginations and builds their confidence in their own ability to produce first-hand interpretations. Below, I begin by describing the context in which I originally used this exercise. Next, I give two pedagogical benefits of the exercise. Finally, I offer alternative ways in which it can be adapted for introductory Bible and exegesis courses.

A Description of the Exercise

I developed a first-person narrative exercise for a course called, “The Bible and the Sermon: The Gospel of Mark.” The purpose of this course was to help students improve and interrelate the skills of exegesis, hermeneutics, and preaching. To this end, I focused on the interpretation of the gospel of Mark with a view to preaching it. I required the students to deliver a five-minute, first-person narrative to the rest of the class, in which they were to retell the episode of Mark 5:21-43 from the point of view of one of the characters. This story recounts the interaction of Jesus with four different individuals: Jairus, the synagogue leader, the disciples, and a hemorrhaging woman. In a class of twelve students, I assigned four students to enact the story from the perspective of Jairus, four to enact it from the perspective of the disciples, and four from the perspective of the woman. In preparation, the students performed a narrative analysis of the text, along with some social and historical analysis, and wrote a manuscript of their first-person narrative. During the course of a three-hour class, the students delivered their first-person narratives in four cycles of three, “Jairus-woman-disciple,” with a break between each cycle for class discussion and feed­back.

The original aim of the exercise was two-fold: first, that the students would grow in their understanding of the role and significance the characters in Mark’s gospel; second, that they would have an opportunity to preach something less threatening than the longer sermons which were required later in the semester. In addition to these expected outcomes, however, I discovered unexpected pedagogical benefits.

Pedagogical Benefits of the Exercise

For instance, one student portrayed Jairus, the leader of the synagogue, in a condescending, negative light, while another portrayed this character in a sympathetic light, with deep feelings towards his daughter and even pity towards the woman who interrupts Jesus’ journey toward his home. The four students who took the part of the woman were equally diverse. For example, one student portrayed the woman’s resolve to touch Jesus’ garments as an act of humility, while another depicted it an act of impetuousness. As the class reflected together during the final discussion, several students commented that the various perspectives on the characters could not be explained simply by the preparatory exegetical work that each student had performed on the text, but also by how each one had personally engaged the text. In other words, each student had come to the text with slightly different questions, thoughts, and perspectives that shaped the way that particular student had synthesized his or her exegetical research. It would have been easy for me to have lectured that day on the role of the reader in interpreting biblical texts. My students began to discover that role for themselves, however, as they listened to each other speak. I realized that we would lose the payoff of this exercise if we paused to analyze the exegetical work, to determine which interpretations were the most likely or persuasive. To the contrary, this was the moment to allow the students’ imaginations to stir. We had the rest of the semester to hone skills in exegesis, in questioning the text, and in analysis as we fostered growth in imaginative thought.

With regard to my second intended aim, the students did indeed have the opportunity within this exercise to preach a short sermon. Another unexpected pedagogical benefit, however, was that this exercise allowed students to find their voices as readers of scripture, quite literally, through voicing their readings of the text to themselves and to others. Performing this exercise at the beginning of the semester turned out to be foundational for their acquisition of exegetical tools throughout the semester. Voicing their interpretations of a text impressed upon them the discovery that they had something valuable to say. This impression is critical, because not only are students tempted to produce data reports of their exegetical processes, but they are also tempted to produce reports of second-hand interpretations instead of their own. This exercise encouraged them to spend the rest of the semester acquiring the tools, skills, and methods of those who are able to interpret biblical texts first-hand, before turning to secondary sources.

This exercise can be used for introductory courses on biblical interpretation, or for exegesis courses on the narrative books of the Bible. Choose a story that contains more than one character, and assign at least three students to retell the story from the perspective of each character. In preparation, have the students perform a narrative or exegetical analysis of the text. With a small class, you may have the students deliver a five-minute, first-person narrative to the rest of the class. Afterwards, spend time in class discussion having students reflect on what they have heard, regarding both the interplay of the various characters and the “intraplay” of the various interpretations of the same characters. With a larger class, the teacher can divide the students into smaller groups; these groups may deliver their first-person narratives within those groups, spend some time in small group discussion, and report back to the class. Alternatively, the teacher can divide the students into smaller groups and have them meet outside of class to deliver their first-person narratives to the rest of the group. Students may then write a reflection paper on the experience of hearing the same text interpreted from several points of view.

The class discussion or reflection papers should allow students to think about the interaction they heard among the characters, and what they learned from their peers as they heard various perspectives on the story. Possible reflection and discussion questions may include the following: What is the difference between observation and interpretation? How is it that readers reach slightly different interpretations of texts after applying the same exegetical processes? What roles do my questions have in shaping the interpretation of a text? What sort of voice or autonomy does the text have? What makes an interpretation “good” or “right?” Even if your particular group of students is not able to pinpoint and articulate the exact pedagogical aim you intend, this exercise will give them an experience upon which you can build in your subsequent lectures, assignments, and class discussions.

One of the main goals for my own class was to help my students develop the skills for performing the exegetical work necessary to become conversant with a biblical text. Even more, I wanted them to be able to synthesize their exegetical work into a meaningful interpretation. Rather than leaving the parts neatly displayed and clearly labeled on the floor, I wanted them to build the Shaker rocking chair. Though exegetical procedures are foundational, I am convinced that a reader’s personal engagement of the text generates the creative act of the imagination necessary for the work of interpretation. It is much easier to teach students a set of exegetical steps or methods to apply to a text, however, than it is to teach them how to engage a text independently and imaginatively. The first-person narrative exercise addresses the teacher’s more difficult task. After conducting this exercise, I saw that my students were more aware of their active roles as interpreters of biblical texts. The exercise enlarged their capacities to engage a text personally, rather than simply treating it as an object to dissect and investigate.

Throughout the semester, as we worked through the Gospel of Mark, I built upon the exercise in two ways. First, I built upon it by helping my students to develop skills in exegesis so that they could listen to the voice of the text; second, I encouraged their independent and imaginative interrogation of the text so that they could enter into dialogue with it. My students’ capacities to build the Shaker rocking chair of a biblical interpretation was most evident in their final exegesis papers. Those who wrote the best papers began with careful exegesis, but did not simply report the data of their research. Instead, they built interpretations that both reflected the way they themselves had interacted with their Markan passages and synthesized the results of exegetical methods. Many of my students had become imaginative readers of the Gospel of Mark, and I believe that the first-person narrative exercise was the initial invitation to regard the task of biblical interpretation as a creative act of the imagination. 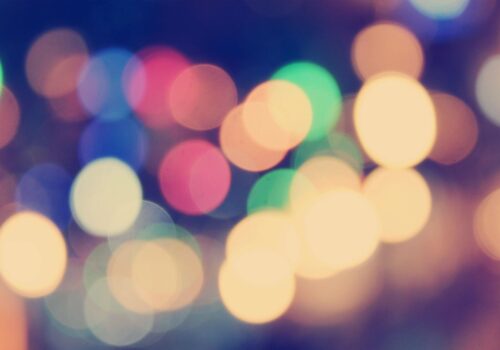 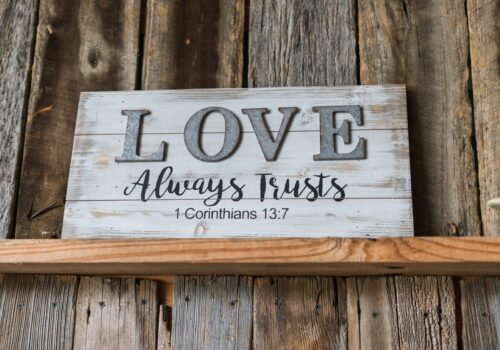 Beyond an Ethics of Niceness: The Cruciform Practicality of Christian Love 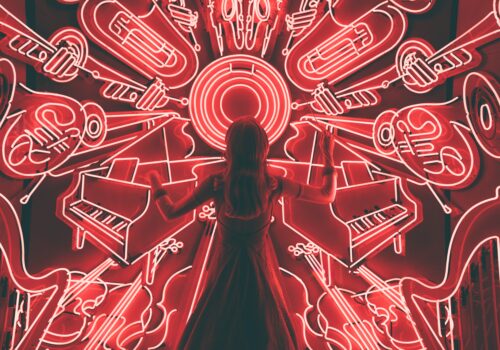 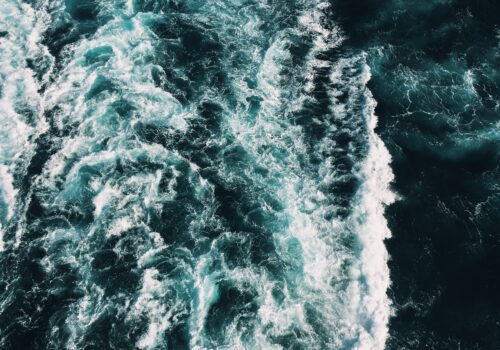