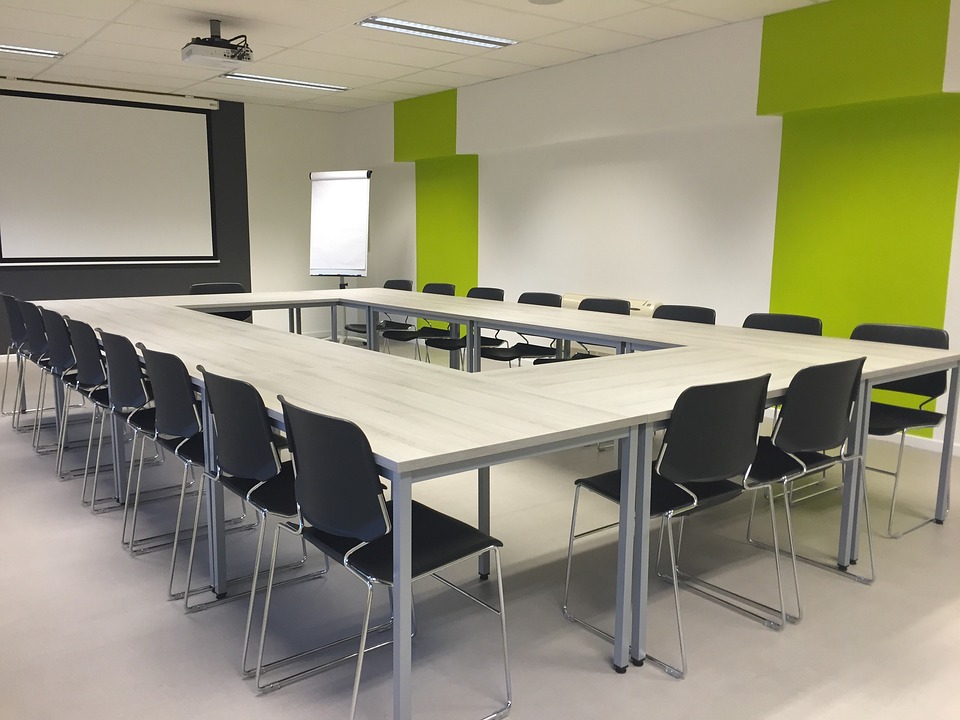 In celebration of its twentieth anniversary, the Center for the Study of Religion and American Culture at Indiana University-Purdue University Indianapolis hosted the “Religion and American Culture Conference” June 4-7, 2009. The Center’s newsletter billed the gathering as “a summit to take stock of the study of religion in North America and discuss potential future directions of the field.” The Center envisioned this as the first of a series of biennial conferences.

The conference attracted around 80 scholars representing Religious Studies, History, Sociology, American Studies, Law, and Political Science, with a mix of senior scholars, young faculty, and graduate students. Instead of the typical format with panels of academic papers, the conference was organized as a series of “town hall” style conversations. Presenters, seated in the middle of the room, made brief remarks to spark conversation, then opened discussion to those in the “audience,” seated in four sections facing the center. The interactive format, manageable size, and disciplinary diversity made for a rich and productive conference.

The Center plans to publish the prepared remarks of each sessionâ€™s presenters, and several bloggers offer good summaries of conference sessions and themes, including Gerardo Marti (scroll to the posts in early June), Linford D. Fisher, Seth Dowland, and Mark Silk. Rather than repeat what has already been said there, this review highlights aspects of the conference most relevant to those who study religious practices and practical theology.

Interdisciplinarity was a key topic of discussion throughout the event, especially the complex relationship between history, sociology, and religious studies. Each had a critical mass of scholars in attendance, which allowed deeper and more nuanced conversation both within and across disciples. While the conference itself was an affirmation of the value of interdisciplinary dialogue, presenters stressed the value of scholarship clearly grounded in a disciplinary home. Courtney Bender praised the benefits of “inhabiting a certain set of questions.” Rhys Williams noted the ways that disciplinary boundaries can force us to be explicit about the epistemological assumptions inherent in our particular research.

Williams also acknowledged that there are often greater divisions within than between disciplines, such as the gap in sociology between those doing qualitative and quantitative research. Robert Orsi sparked one revealing discussion on this topic by asking how sociologists perceive the work of those graduate students in history and religious studies who are increasingly incorporating ethnographic methods into their dissertations. There was widespread affirmation of such interdisciplinary work and of the dialogue emerging between social scientists, historians, and others now using qualitative methods. Yet several people stressed that ethnographic experience alone does not prepare students to compete for jobs as sociologists of religion. Academic institutional structures, for better and for worse, still demand that young scholars publish within their primary discipline and cultivate that identity first.

Several sociologists noted that while there has been a flourishing of interdisciplinary qualitative work, there is a simultaneous turn toward more quantitative approaches to the study of religion. Mark Silk presented an assessment of recent large-scale surveys (such as the American Religious Identification Survey, ARIS.) He stressed the limitations of quantitative research that attempts to count numbers of religious adherents, arguing that religious practices provide better measures of the state of religion in America than sometimes volatile labels like “evangelical” or “none.”

Another dominant theme at the conference was the place of grand historical narratives and grand sociological theories. Are such comprehensive explanations and generalizations still valuable and viable, especially as the field focuses attention on the particular practices and narratives of “lived” and “everyday” religion in “practice” in America? Can grand narratives hold up alongside the stories of those traditionally left out – women, racial and ethnic minorities, the working class, immigrants, adherents of non-Christian traditions, etc? Participants at the conference overwhelmingly agreed (with a show of hands) that grand narratives are useful, especially in teaching, when presented along with critiques and revisions. Our challenge is to make plain in our teaching and writing the tensions, contradictions, and silences between the grand and the particular. In this vein, Courtney Bender emphasized the value of localized, ethnographic studies, but warned that such research can also become a refuge from engagement with broader social, political, and theoretical debates.

The conversation devoted to “Race, Ethnicity, and Religious Pluralism” provided an opportunity to assess some important critiques of the grand narratives in American religion. Panelists stressed that these categories cannot be conflated, and that race deserves a prominent place in the field because of the way it focuses attention on power as an aspect of difference. Rudy Busto, for example, argued that pluralism and ethnicity are polite and inclusive, but serve to mask the ugliness of power. Such modes also conceal the pervasive Orientalist fascination with ethnic and religious “model minorities.”

Presenters noted the need to situate such stories of power and difference within a transnational context. Helen Rose Ebaugh described important research on religion and new immigrants. Early phases of such research often treated immigrants as one more set of “others” within the grand narrative of American religion, but more recent work recognizes the ongoing exchanges across national borders. David Wills noted that scholarship on African-American religion can also benefit from such a transnational perspective, moving beyond the black-white binary and situating African-American religion within a trans-Atlantic and global history.

This conversation echoed one earlier in the day in which David Hall and Mark Hulsether argued that the discourse of “diversity” and “pluralism” often obscures the language of power. Hulsether summarized his argument in Religion, Culture, and Politics in the Twentieth-Century United States, saying we need survey texts and courses that “dramatize diversity” without displacing “discourses of hegemony.” Hall emphasized that we need to foreground issues of power not only in the particularist stories of religious and racial minorities, but in our critical assessment of the grand narrative as well. Precisely because religion has been key to the history of U.S. nation-building and the myth of American exceptionalism, we must interrogate the ways we employ the very category of “America.”

A final key theme of the conference was how scholars of American religion and culture can make our work more accessible, “translating” our work not only for scholars from diverse disciplines but also for religious leaders and the wider public. John Corrigan emphasized that for all their problems, grand narratives provide a compelling starting point. Dennis Dickerson noted, for example, that the iconic story of Rosa Parks rarely includes any mention of her role as an A.M.E. stewardess who regularly prepared the Eucharist. This case is especially well suited for scholars conversant in the study of religious practices and practical theology, able to deal with the particulars of denominational history (not to mention Parks’ race, gender, congregation, etc.) but also the grand narrative of American history.

Participants noted the ways the Internet is creating new possibilities for publicly engaged scholarship, but also acknowledged that we need to be more savvy about how to make our voices heard in both traditional and emerging media. During one panel, conversation turned to the nomination of Sonya Sotomayor, and why there was so little public discourse about the potential for a Supreme Court with six Roman Catholics. In this case, her identity as Latina was more newsworthy than her identity as Catholic. Mark Silk later stressed that we as scholars should be aware that media tend to fixate on whatever is most provocative at the moment. He noted that it was 2001 when ARIS first reported a bump in the number of “nones” in surveys of religious identification in America, that is, persons who do not identify with any religious community or tradition, yet that at the time, the fear and fascination with Islam overwhelmed this religious news.

The conference concluded with a banquet celebrating the Center, with remembrances from Jan Shipps, Edward Linenthal, and Conrad Cherry. Keynote speaker Walker Howe reminded everyone that ours is not the first generation of Americans to feel we are in the midst of massive changes in religion and communication technology. Continue to check the Center’s website and its journal, Religion in American Culture, for the published remarks of presenters and for details on the now anticipated follow-up conference in 2011.