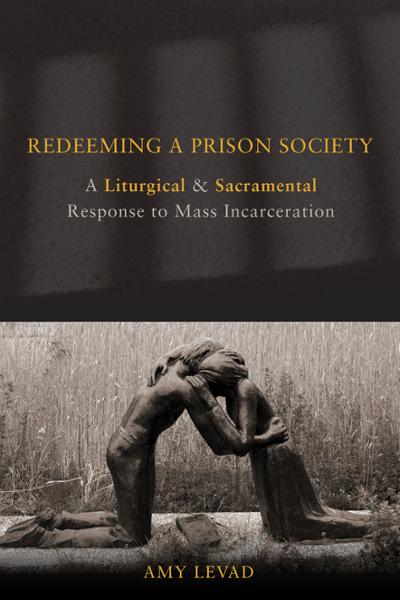 The United States incarcerates more of its citizens than any other nation in the world. Disproportionately incarcerating African Americans, Latinos, and the poor, the criminal justice system in this country both reflects and contributes to a broader social justice crisis whereby people of color and low economic status are criminalized, marginalized, and disempowered. Since Michelle Alexander’s 2010 work The New Jim Crow, this crisis has received a great deal of attention nationally. Amy Levad adds to this discussion by offering a much needed religious and interdisciplinary proposal for responding to the criminal and social justice crises in this country.

Levad asserts that the Catholic Church has not adequately engaged the issue of criminal and social injustice that has made the U.S. the “first genuine prison society.” She at once combines Catholic social teaching, criminology, and Catholic sacramental and liturgical theology to develop a Catholic response to this crisis in America. Her response is layered, adequately addressing the multifaceted problem with poignant clarity and focus. Her proposal accounts for the ways in which criminal and social justice are intertwined, provides insight into the historical realities of our system compared to the rest of the world, offers resources to help respond to both individual sin and social sin, and finally, remains faithful to the tradition of Catholic moral and theological teaching.

For a response to be adequately Catholic, states Levad, it must be faithful to the heart of Catholic tradition. Levad locates this heart in the sacramental and liturgical life of the church. As such, she contends that sacramental and liturgical practices offer a framework for addressing the criminal and social justice crisis of mass incarceration. In order to make her proposal broadly relevant, Levad offers an expanded definition of sacrament and liturgy that is more inclusive of ecumenical sentiment. According to Levad, the sacraments are more than a list of signs of grace given by Christ; they are “anything that discloses the hidden reality of salvation”(86). Moreover, liturgy is more than words and actions used in worship; broadly speaking, it is defined as the “public service of the church”(86). Though writing to the Catholic Church primarily, Levad is engendering a much needed ecumenical conversation about how Christian practices ought to relate to ethics and justice.

The idea that Christian practices, namely the celebration of the Eucharist, ought to effect Christian behavior is not a new one. In recent years, it has been used extensively to help people of faith reflect on and respond to systems of deep injustice. African American Catholic theologian M. Shawn Copeland calls upon Christians to be in Eucharistic solidarity in her 2010 work,Enfleshing Freedom, in order to oppose the evil of racism. Paralleling Copeland’s notion of Eucharistic solidarity for justice, Levad contends that in the celebration of the Eucharist, we are both convicted of our individual wrongdoing and of our complicity in social sin. The Eucharist at once convicts us all and unites us all in the reconciling act of grace.

Interestingly, the other sacrament to which Levad turns is penance and reconciliation. Admittedly not popular among practicing Catholics in the West, Levad contends that the intent of the practice of penance serves as a fundamental grounding for her proposal of criminal justice reform. Penance and reconciliation encourage all members of the community to take seriously the agency of the offender as well as the agency of the victim and community at large. In light of this sacrament, Levad criticizes the current criminal justice system for focusing too much on incapacitation as a form of punishment. Instead, she recommends restorative justice and rehabilitation as alternative forms of criminal justice. Both perspectives find support within the sacramental acts of penance and reconciliation because they acknowledge the agency inherent in all parties and seek primarily to restore relationships and bring healing to the community, characteristics Levad contends are deeply rooted in Catholic social teaching.

Levad is not to be mistaken for idealist who is not connected to the reality of the world in which we live. On the contrary, the power of her work is that she is intimately familiar both with the criminal justice system and the reality of “wrongdoing” in the world. As such, Levad is not a prison abolitionist. She does, however, argue for America to lessen its dependency on prisons as a form of punishment. However, for those who commit crimes against the community and who fail to take ownership of their crime, prison ought to be reformed in such a way as to foster healing and encourage eventual reconnection with the broader community outside of prison.

Levad’s work reads at times as a historical, criminological assessment of the criminal justice system and at others, as a deeply practical and theological text to assist people of faith in their commitment to justice. She debunks the myth that the high U.S. incarceration rate is necessarily linked to high crime rates. Levad shows how the rise in incarceration is less a result of increased crime and more a result of a shift in American moral sentiment that sees certain poor people of color as “irredeemably bad” and deserving of disenfranchisement and incapacitation (25). Tracing this trajectory through socio-cultural, economic, and political lenses, Levad identifies the primary crisis not as a criminal one but as an anthropological one whereby the criminal justice crisis is symptomatic of our inability to treat all members of our society as fully human (27).

It is this crisis that makes Levad’s recommendation more than a proposal for criminal justice reform. What Levad is fundamentally doing is addressing the larger issue of an American identity crisis. She asks “who is it we want to be as a people.” This question emphasizes our deepest need to establish a national, political, and religious identity grounded in concern for the well-being of all humans regardless of differences in race, ethnicity, or socioeconomic status. As such, this is as much a political text as it is a theological and religious one. For Levad, Catholic liturgical practices are political and she challenges Christians to “reclaim the public, political, and communal valence of worship” (87).

Levad’s text is comprehensive, covering a range of topics helpful to anyone interested in gaining a historical and statistical grounding in the American criminal justice system. I also recommend this text to Christians from every tradition committed to justice in this country. It serves as a helpful critique of contemporary Christianity that focuses too much on self-service and not enough on public service on behalf of the “poor, oppressed, and marginalized” (87). It is also a useful text in understanding the many ways in which Christian practices can relate to issues of ethics and justice.

The benefit of Levad’s work is its interdisciplinary nature and practical approach to addressing deep systemic injustice. By expanding the issues of criminal injustice beyond the political, Levad situates the concern for criminal and social injustice within a broader debate on identity formation and moral character. The criminal justice problem becomes a Christian problem and by grounding her proposals in Christian practices, Levad hopes that the Catholic Church in particular and the Christian Church in general will find practical ways to begin to engage this issue. Adding to Michelle Alexander’s call for a multiracial response to this injustice, Levad calls for an interreligious response. Not only does Levad encourage Christians to work toward justice ecumenically, she also encourages us to reach across the boundaries of tradition and seek justice with our brothers and sisters of various faith traditions.

There is one aspect of Levad’s argument that poses problems for her proposal of action. Levad contends that in the celebration of the Eucharist, Christians can be transformed to live a life of justice.  While she admits that there are injustices inherent to the practices of the Church that have historically prohibited this from occurring, she does not place enough emphasis on this dilemma. This is the single most threatening aspect to her plan. If the Church cannot learn to act with justice within its own walls, can the practices of the church necessarily bring about the type of moral transformation for which Levad is calling? More time and attention is needed to understand the practical ways in which the Church needs to change its own ways of engaging the sacraments and worship.

As Levad contends, any attempt to change the criminal justice system in this country must also seek to change the social injustice system that contributes to the criminalization of black, brown, and poor people. This is more than a task for the politicians and legal activists; this is necessarily a task for the Church. What the world so desperately needs is a vision of a world that is counter to the injustices we see on a daily basis. The world needs a vision of God’s reign on earth. Making God’s reign visible is our Christian task and we can do so by seeing one another as full human beings, each bearing the image of God. This is not only the heart of Catholic tradition; it is the heart of all religious traditions that draw us toward justice. The identity of this nation and of this generation depends on people of faith living into this reality.