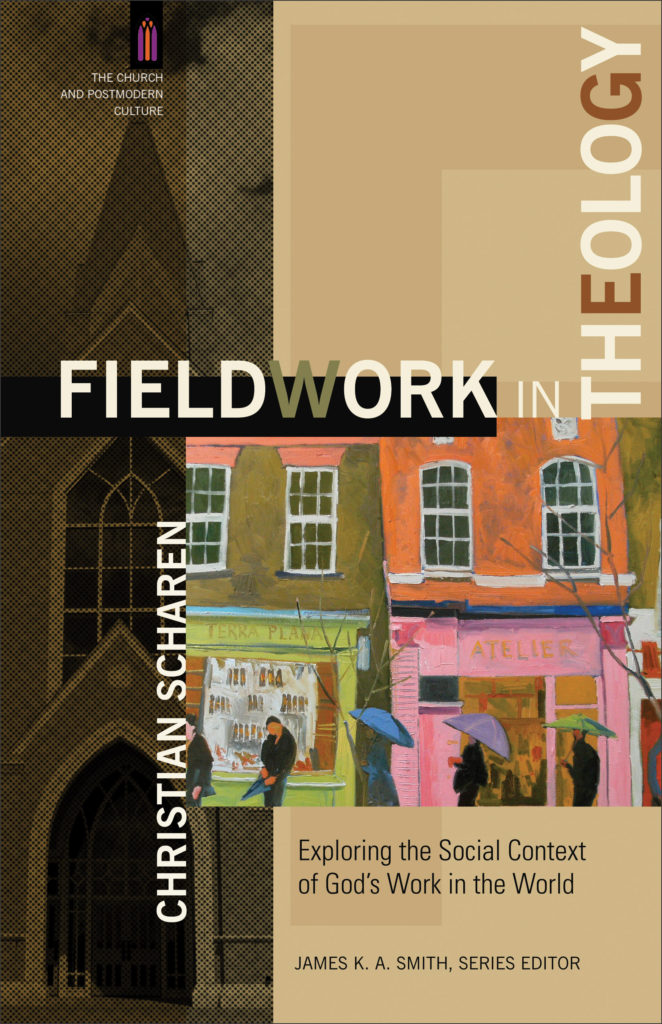 To speak about divine action from a perspective that is not God’s is an inherently audacious enterprise. Theologian Rowan Williams punctuates this difficulty in his meditation on speech that has integrity. Integrity, argues Williams, is only possible if Christian theologians “speak in a way which allows of answers” rather than claiming a “total perspective.”[1] Theological integrity, therefore, requires practices of surrendering speech to God through prayer: in repentance, praise, and contemplation.[2] Through such practices, religious language remains open to God and others rather than closing in on itself.[3] Such liturgical strategies turn the audacity of theological language toward a persistent reminder of its unfinished nature. While Williams focuses on common liturgical postures that many theologians have held essential for theological reflection, his discussion of integrity raises the possibility of other modes for surrendering language to God.

In Fieldwork in Theology: Exploring the Social Context of God’s Work in the World, Christian Scharen makes a case for fieldwork as an important strategy for theological integrity as he addresses similar tensions in the craft of theological inquiry. Social science methods can turn the theologian from audacious idealism about the Christian church to the complex materiality of embodied faith in God’s work in the world, Scharen argues. Good fieldwork practices keep theological speech open to the God who does not withdraw the church from the world but who is revealed in the messy, intimate relationships of a church sent to and enmeshed in the world.

To examine fieldwork as a theological method that remains open to God’s work in the world, Scharen introduces his readers to the social science of Pierre Bourdieu. As Scharen charts the evolution of Bourdieu’s empirical methods, he also reflects on an implicit theology in Bourdieu’s work. Thus, Scharen’s text functions not only as an argument about fieldwork in theology but also as a theology of fieldwork.

Each chapter begins with a meditation on embodied knowledge through a vignette of a particular concert performance by a contemporary musical artist or group. Scharen uses these descriptions of musical artistry to highlight important concepts from Bourdieu’s work such as habitus and field, while also suggesting that fieldwork in theology will take the theologian into fields not explicitly marked as Christian. The theologian must pay attention in order to discern the breadth of the field. These musical “preludes” to each chapter are linked by a common theme and offered as an agenda for fieldwork in theology: to wake up to the suffering and oppression in the world and bear witness to it.

The second and main section of each chapter outlines the development over time of Bourdieu’s empirical methods through placing his work within a broad framework of scholarship that forms, informs, and furthers Bourdieu’s conclusions: the theory and practice of Gaston Bachelard, Maurice Merleau-Ponty, and Loïc Wacquant among others. Introducing theologians to Bourdieu’s scholarly lineages, Scharen extends an invitation to think about the complex interrelationship between theoretical and empirical methods. As Scharen challenges common misperceptions of Bourdieu’s work and orients the reader to this work on its own terms, he also offers theological categories to analyze social scientific orientations and priorities.

The third movement of each chapter offers an example of fieldwork in theology that exemplifies the methods and categories Bourdieu employs. Briefly examining ethnographic work by Ada María Isasi-Díaz, Siobhan Garrigan, Natalie Wigg-Stevenson, and Nicholas Healy, Scharen gestures to scholars whose works might inform theologians who desire to engage social science research with integrity.

Fieldwork in Theology is written as part of a series on the church and postmodern cultures that targets a broad audience. In light of these aims, the brevity of the book is both a virtue and a limitation. The structure of each chapter provides an accessible entry point into a conversation about ethnographic methods for theologians. Yet while the three movements of each chapter share a resonance and shape an argument about the way that God moves in the world, the threads that weave the distinct parts of each chapter together are often implicit rather than explicit. A longer text might have allowed the sections to permeate one another and interact in a more integrated and nuanced form than was possible in this brief introduction.

A common thread running through the entire book involves Scharen’s understanding of “the practice of dispossession,” (borrowing language from Rowan Williams[4]) as an essential posture for the fieldworker in theology. Drawing on Williams’s theology of dispossession, Scharen argues for fieldworkers who give themselves on behalf of another, who maintain theological humility through kenosis, repentance, and an attentive openness to another.

At times, such descriptions of the fieldworker summon a theological idealism that Scharen would otherwise critique and question. If fieldwork in theology grounds theological language and method in the messy complexity of the world, it invites us to think complexly about the fieldworker in theology and the plurality of relationships entailed in research. Scharen helpfully focuses on Bourdieu’s methods to argue for a researcher who is able to critically reflect on her social location, on the assumptions and tools she brings to a field, and on her construction of the knowledge she finds. Yet at times, Fieldwork in Theology risks offering an idealized portrait of the sacrificial theologian who chooses to do fieldwork on behalf of another. Such a portrait could encourage a theologian to situate his presence as a researcher through a guise of Christian charity rather than grappling with power dynamics that are inherently present in fieldwork.

In describing an idealized fieldworker, Scharen also emphasizes one particular theological anthropology. A more complex portrait might consider alternate theological anthropologies as well as the ambiguities of relationships in the field. For example, what are the roles of desire and pleasure in motivating the fieldworker in theology? How might this complicate a theological narrative about a fieldworker who takes on a research project as an act of self-emptying on behalf of another?

Such questions point to another important function of this text. It is not only an examination of sociological and theological methods but also a tribute: to the life’s work of Bourdieu, to the complex beauty of research, and to the musicians Scharen celebrates, whose passionate calls to wake up to the world he describes with evident admiration. Such enthusiasm is a reminder that Rowan Williams also associates liturgical strategies for theological integrity not only with repentance but also with the habits of praise and contemplation.

As long as there is fieldwork in theology, there is a need for scholars to help us reflect on the ethics of both fieldwork and theology. We need texts that examine the multiple desires and intentions that inspire critical inquiry as well as the complex negotiation and construction of relationships that good theology requires. In this volume, Scharen offers a helpful strategy for the theologian who seeks to speak and write with integrity: to study closely the research habits, relationships, and rhetorical approaches of those whose works inspire and provoke one’s own thought.