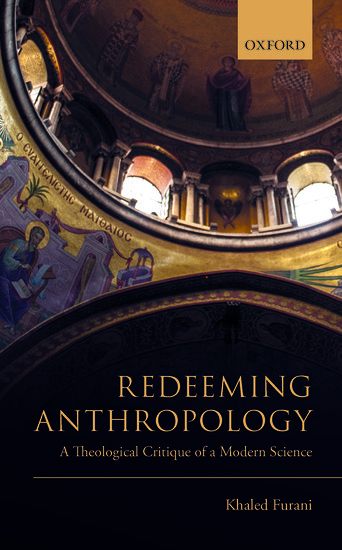 In a compelling critique of anthropology’s epistemological complicity with the secular project of modernity, Khaled Furani’s second monograph, Redeeming Anthropology: A Theological Critique of a Modern Science, examines how anthropology became a discipline defined by its separation from theology. Furani invites scholars across the social sciences and humanities to examine the ethical construction of their disciplinary homes as well as the epistemic baggage entailed in borrowing from anthropology. As an anthropologist himself, Furani makes his own discipline the artefact of his study. He utilizes the theoretical tools of theology as the established Other to anthropology to examine how anthropology circumscribes culture and its contemporary conceptual correlates, such as the social and the everyday. He calls into question how leading anthropologists, anthropological modes of analysis, and methods of research excise the influence of theology from the discipline. Furani calls anthropologists, ethnographers, and scholars from other disciplines who look to anthropology for methodological and analytical inspiration to delve into the historical patterning and epistemic construction of the discipline as a modern science.

Redeeming Anthropology undertakes a multifaceted examination of the history of anthropology, weaving together the voices of leading anthropologists as they reflect on the transformative power of the discipline in shaping their own ethical commitments. Furani draws on his own biographical interviews and archival interviews to show how anthropologists themselves see their discipline. He highlights how a theological analysis operating as the etic Other to anthropology can illuminate the discipline’s ethico-epistemological complicity with the secular state. However, Furani concludes that theology remains part of anthropology, despite attempts to shape the discipline as compatible with the modern secular sciences. Anthropology’s theological traces—born out in the discipline’s commitment to ethnographic immersion—offer hope for its decoupling from the state project of constituting sovereign subjects.

How did anthropology become secular and what is at stake as a result of its secular reasoning? Furani takes up these questions in a critique that unfolds in the first two chapters of the book. In the second part of the book, he demonstrates how anthropologists, as a result of their immersive fieldwork methods, betray the secularizing logic of analyzing the Other, and instead return theological reasoning to their modalities of research. Furani assigns each chapter a featured theological image or tool to think with. This shifts the anthropological gaze away from the cultural Other to instead gaze analytically upon itself as a discipline. The purpose of each theological tool is to illustrate Furani’s key argument: theology is the paradigmatic Other to anthropology, and became so when anthropologists began seeking citizenship in the modern secular academy. Theological thinking has been banished from anthropology because Furani argues, following Foucault, theology constitutes a kind of “wild exteriority” vis-á-vis anthropology’s humanism as a particular type of secular formation.[1] And it is theological thinking, defined in Redeeming Anthropology as an ambiguous term that specifies a domain for theistic intellect, that has the potential to prevent a delimiting anthropological analysis on multiple notions of discourse by and about the divine.

A sacred figure guides the reader through each chapter. In the first chapter, Furani utilizes Thoth, who as an Egypto-Greek scribe to the gods, signals the symbolic command anthropology holds over many domains of knowledge. Thoth illustrates how anthropologists have built the anthropodom, a metaphorical dome preventing theistic reason from entering secular knowledge-making practices. Furani draws upon the stories of his living and archival interlocutors, demonstrating how generations of prominent anthropologists have turned the discipline into a mature citizen of the academy through their personal and professional practices of rejecting or admitting theistic reasoning in anthropological studies. Furani argues that anthropology has developed a collective amnesia about its theological roots that seek the divine Other. Simultaneously, anthropology has constituted a new, secular Other that is apriori relegated to the category of man, culture, or human. Thoth shows that despite conceptions of multiplicity found in Clifford Geertz’ proclamation that culture is the web suspending man that he himself has spun, anthropologists have built a discipline that polices the boundaries of culture, and limits the robustness of difference to terms that are discernable exclusively through sovereign reason, that is, of and by humans observing and recognizing themselves.[2] Thoth reflects back to anthropologists the ways in which culture is relegated to a concept that is only recognizable by those with sovereign reason, or those who can recognize themselves as human.

In the second half of the book, Furani uses the Eucharist and Hubal to illustrate how theistic reasoning continues to live within anthropological methods of ethnographic immersion. Chapter Three, The Eucharist, shows how prominent anthropologists describe their own experiences conducting fieldwork as coming into communion with different modes of thinking and living. However, in their efforts to excavate the nature and reality of a place, to remember it and maintain its memory through documentation, Furani also concludes that the discipline fails to remember its own theological roots, shifting uncomfortably between complicity with the secular humanistic sciences, and the practice of and belief in theistic thinking engendered by ethnographic fieldwork. In Chapter 3, Furani draws upon Hubal, a pre-Islamic idol who stands as a reminder of Anthropology as an idolatrous discipline which is thus faced with the question of how its sovereign reasoning uses the category of culture to contain all forms of multiplicity, and what impacts this has on the anthropologist’s ethical faculties.

The Huballing of anthropology serves the modern sovereign state. Furani demonstrates how Talal Asad’s argument that secular formations have become transcendent can include the categories of the state, free speech, the market, culture.[3] In answering the question he poses about epistemological complicity with the project of modern sovereignty, he suggests that the anthropologist’s ethical faculties have been Huballed, or confused. When the anthropologist, and here we might add ethnographer, engages in the idolatrous worship of culture and its conceptual correlates, as a concept capable of containing diversity, he is ethically complicit in further building and delineating a secular formation. By returning to the practice of ethnographic immersion and the sense of wonder and communion with wonder that it produces, anthropologists have some hope of redemption. They must question why the bar for wonderment is set at incorporation into the sovereignscape, described as the landscapes of human condition that is only understandable through sovereignty as the epitome of reason. Furani concludes that theistic revelation as a means of reasoning contains within it the promise of anthropology’s redemption. He argues that, should anthropology return to the lessons of immersive ethnographic fieldwork and the sense of wonderment and communion it produces, and refuse the forced reasoning of this experience into the container of culture, redemption is possible. Furani provocatively asks if revelation returned to anthropology might offer the grounds for studying reason itself, and the forms of fragility and community that sovereign reason elides.

Redeeming Anthropology is a text relevant to scholars of religion, ethnographic fieldworkers, and anthropologists alike. I read Furani’s project as an exposure of the particular political theology at work in anthropological projects, where the state is immanent in disciplinary reason. By showing how anthropologists may embrace disciplinary missteps, he offers a path towards redemption through the new possibilities these missteps illuminate, and in the process, returning reason to the realm of the political. If anthropology is committed to epistemic nonviolence and social justice, its reasoning must also follow. Anthropologists and religious studies scholars ought to look at how Furani centers the ethical and epistemological stakes of denying forms of reason that are not authorized by the sovereign state project. In articulating an anthropology of reason, Furani requests an examination of the ethico-epistemological implications of foregoing revelation for sovereignty.

Furani has offered new grounds for investigating the ethical stakes by analyzing difference through culture, the social, the everyday, and the human with secular reasoning that recognizes itself as the only legitimate epistemological mode. Sovereign reason occludes questions about ethical knowledge production and the role of anthropologists in refusing theistic reasoning. Furani challenges anthropology to return to its theological roots and take revelation seriously, asking anthropologists and any scholar curious about the social worlds of knowledge and practice, to question if they are wondering not only about what is different, but also what is. While the political condition of anthropological reasoning now shines more brightly, Furani’s next step is to bring forward the ethical questions disregarded in anthropology’s complicity with sovereignty. At stake is not only the ethical condition of the anthropologist and her reasoning. At stake is also her ability to grasp what constitutes the realm of the ethical outside of sovereign boundaries.