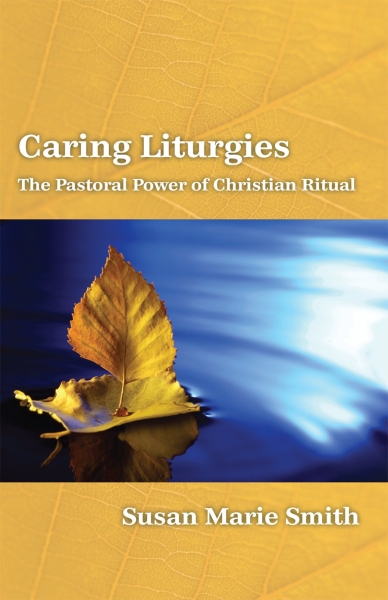 I wish this volume had been published earlier. As a pastoral caregiver and careseeker, I have known the need to create rituals for moments of loss and transition but lacked the necessary resources to address it. Despite my training in pastoral care and counseling about marriage, family, loss, and grief, I lack knowledge of rites that are pastorally and liturgically appropriate for specific caring situations. Moreover, it is difficult to find existing caring rites especially helpful or sensitive to one’s personal narrative and contextual circumstances.

Both pastoral and liturgical theologians have expressed concerns about rituals and pastoral care.[1] In general, they argue that the existing literature is overly narrow, addressing mainly corporate rites as sites of pastoral care and focusing on the tension between ritual and pastoral care. In addition, scholars contend that the literature is limited in terms of applicability into diverse pastoral situations. The mere addition of rites do not meet, in a fundamental sense, individual’s spiritual needs for caring rites nor do they resolve ritual failure in contemporary Christian communities of faith.

In this volume, Smith proposes a better way of dealing with ritual failure by offering the reader strategies for ritual making. She argues:

Rituals are desperately needed to enable human growing and maturing, both through times of suffering and through times of transition…It is the role of the churches which have a stake in the maturing of every baptized Christian, to learn, teach, and practice the conducting of such rites with life-giving competence. (17)

Drawing ritual studies into conversation with liturgical theology, Smith emphasizes the necessity to see Christian worship as part of the broader human category of ritual, not merely as sui generis. She rightly notes that “without guidance, however, sometimes a ritual misses an opportunity or falls short or can even be harmful” (22). Based on this perspective, Smith offers six fundamental principles for creating and guiding rites of transition and healing that support the growth of the baptized. These principles intend to cultivate ritual competence and fluency among clergy and laity. She urges “both intellectual understanding and reflective practice in planning and leading ritual” that embodies “Christian ethics, the Christian stories, and Christian symbols” (4).

Smith divides this volume into six sections, explicating in detail each of the six principles as the building blocks out of which caring rituals could be formed. She devotes the first two chapters to discussing the questions of what and who. In the first chapter, she illustrates what we seek by creating caring rituals and how we discern a pastoral need for a rite. She notes that an appropriate ritual facilitates an empathetic response to an underlying spiritual need for an outward and visible sign of God’s presence and a community’s love. The second chapter explores who is responsible for planning a ritual and who is to be mobilized as a team of ritual planners. Using the metaphor of midwifery, Smith makes it clear that ritual making is “an ecclesial action” and “a communal event,” both in the ritual moment and in its preparation, by acting in unity on behalf of the focal person and the body of Christ. (43)

In chapters three to five, the author responds to the question of how. In chapter three, Smith discusses how we can enact a defining metaphor, which gathers a situation’s complexity into a central symbolic action, and how we can link a personal story to the Christian narrative. Chapter four addresses ways to sustain truthful tension through engendering and practicing ritual honesty. Smith here establishes ethics and the honesty of Christian rites as the fourth principle, which encompasses the identification and expression of an appropriate dominant experience for a ritual without suppressing the minor secondary ones. In chapter five, Smith examines how the meaning and experience of a reality, such as loss or transition, can be oriented toward the life of holiness and wholeness. For her, sacrifice is a Christian vocation entailing the imitation of Christ in whom “sacrifice has not ended but changed” (114). In this way, Christian vocation is labor marked by the manifestation and integration of holy sacrifice. The last chapter attends to rationale for caring liturgies as expressions of the paschal mystery. As the primary criterion for Christian ritual, Smith claims that competent and creative ritual makers should recognize the inherent death and resurrection in a particular situation and create a ritual in which death can be experienced in terms of Christ’s death and hope in resurrection to new life (137).

Written by one who is both an Episcopal priest and scholar in liturgy, this volume is readable and useful, striking a balance between a practical and scholarly resource. For contemporary Christian churches and pastors who feel caught between good theology and good pastoring, it imagines a third way that embraces both (31). This book renews our attention to the significance of the grammar and fundamentals in creating occasional, pastoral rituals. Every pastoral care situation— even in instances of similar types of loss—is unique and demands a case-sensitive approach that considers the distinctiveness of individuals, families, and communities involved. Smith’s proposals imply that this is not always the case in Christian communities but that it is nevertheless critical for those who plan and lead rites of transition and healing. In this sense, Smith’s work appears to challenge the cultural practice of copying and adopting indiscriminately “custom-made” rites without assessing psychological, spiritual, theological, and pastoral needs of individuals and congregations. As a practical theory for making caring rites, this book enables us to construct rituals, whether carefully planned or quickly improvised, with greater competence. Thoughtful ritual creation facilitates processes of transition and healing for communities. Caring rituals can deepen “the baptismal process,” which is “the rhythm of living fully into one’s baptized life in Christ” (65).

This volume is not without its limitations. First, even though Smith highlights the need to help people through particular times of transition and suffering, the number of cases she actually introduces in this volume is limited. Despite narrative examples, this volume still centers heavily on a caring ritual for divorce. Including more varied instances of transition and healing would demonstrate the applicability of the six principles for a wide range of pastoral situations. As it is, the generalizibility promised by Smith remains an unrealized intention. Moreover, Smith does not take into serious account the potential obscurity of caring rituals, which can be unequivocal to those involved in the process of ritual making but can be quite ambiguous to the congregation. Liturgy is essentially an act of faith, grounded in the life of a particular community of faith. Given that caring liturgies are primarily occasional and not repeated, ritual planners should discuss how they could better communicate what the ritual says and means to the members of congregation who observe and participate in the rite, as well as to the focal person(s).

Ethical, life-giving rituals of transition and healing are an insistent and frequently unmet need in Christian communities. Scholars, clergy, and laity attentive to this need have long been searching for effective and practical responses. To that end, the astute insights and resources offered by this volume bring us a step forward. This book deserves a wide readership as it will do a great service in guiding clergy and laity who carry liturgical and pastoral responsibilities as well as ministerial students in the fields of liturgy, pastoral care, and counseling.

By Myounghun Yun
Myounghun Yun is a doctoral student in Religion, Psychology, and Culture at Vanderbilt University.